Leucospermum ‘Scarlet Ribbon’ (Nodding Pincushion) – This hybrid is a cross between Leucospermum glabrum and Leucospermum tottum that becomes a large shrub to 12 feet wide by up to 8 feet tall. From February through April, it produces multi-colored flower heads which are salmon pink with the added attraction of a portion of the bloom looking like shiny red ribbons. This cultivar tolerates a wider range of soils, and has above average frost tolerance, being hardy to about 25 degrees. Prune prior to flush of growth in spring to maintain smaller size. The name for the genus comes from the Greek word ‘leukos’ meaning “white” and and ‘sperma’ meaning “seed” in reference to the white fleshy skin, called a elaiosome, that covers the seeds. The hybridization that created this cultivar was performed in 1974 by the Vegetable and Ornamental Plant Institute (VOPI) in South Africa and they selected this seedling in 1980 and originally named it ‘Bluebeard’ in 1983. It was later registered with Plant Breeders Rights under the name ‘Scarlet Ribbon’ in 1992 but is often seen listed as ‘Scarlet Ribbons’. 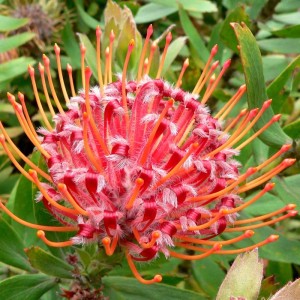 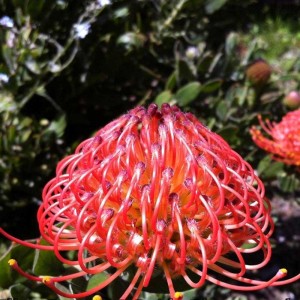 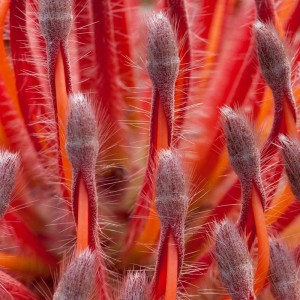 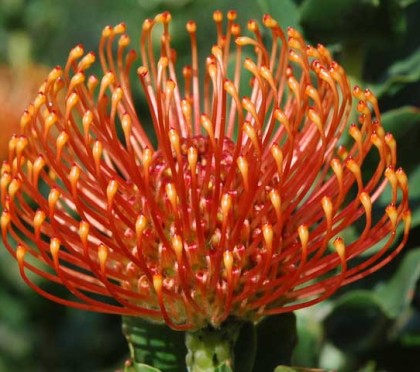 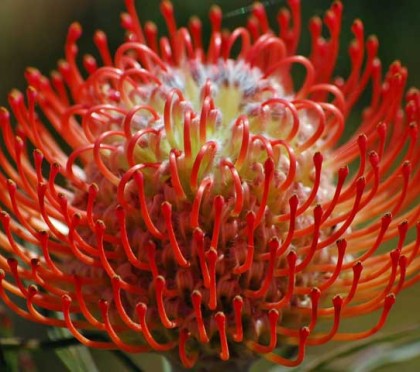 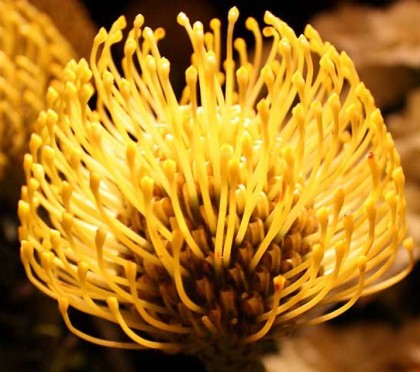 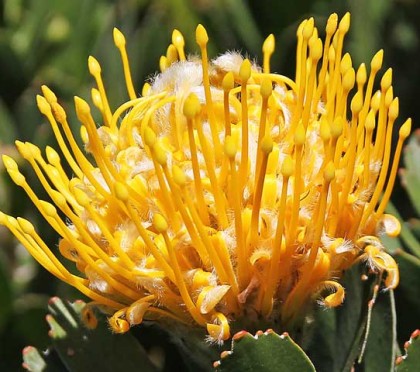 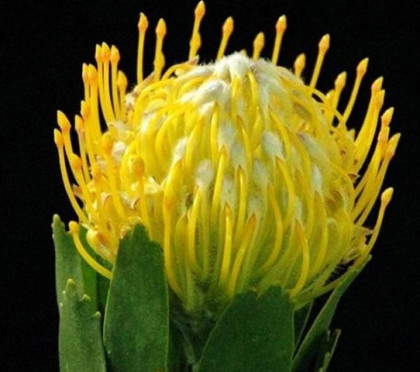 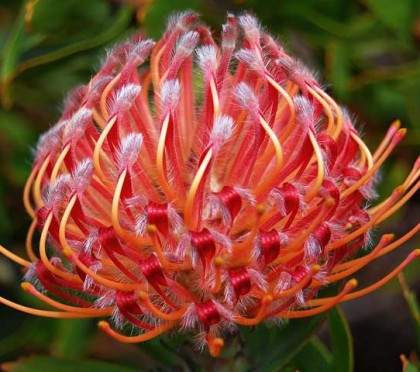 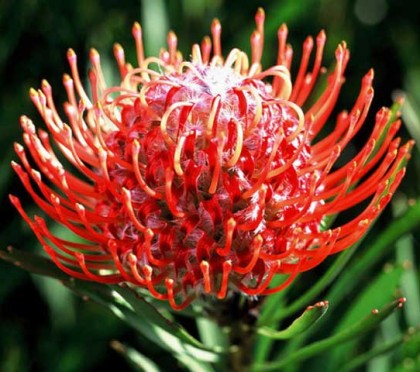